Sinterklaas, also known as Saint Nicholas, is a Dutch character loved by children and adults alike and shouldn't be confused with Father Christmas or Santa Claus.

Unlike Santa, he lives in Spain and comes to the Netherlands at the beginning of December to perform similar activities as Santa does.

Sinterklaas makes reference to the character as well as the annual event and comes with its own Dutch vocabulary and typical Dutch customs.

Here are 7 of Sinterklaas's accessories:

Sinterklaas always carries a crozier staff which appears to be made of gold and is roughly the same height as he is. It is well known that the staff is not permitted to be used as a striking instrument but rather symbolizes a shepherd's staff, similar to that used by other officials in the catholic and related orders.

Like Santa he carries and iconic bag that is made from a textile derived from the Jute plant, in which his helper carries gifts to be delivered to children, and sometimes, adults who have been good during the year. In the bag Piet also cries small scatter foods to throw around the gifts consisting of "pepernoten", "letter koekjes" and other similar baked snacks and sweets.( in Dutch = strooigoed)

In the past, it was said, that the empty bag was filled with naughty children who were taken back to Spain with him, but this started to "backfire" as Spain became a coveted holiday destination by many Dutch people of late.

This item is a large book, usually covered in red velvet that is used to record the deeds of children throughout the year. When addressing the children, he takes out his book and reviews the entries about them and rewards or repremands them accordingly.

This book often resembles an old telephone directory that has been clumsily camouflaged ;-) 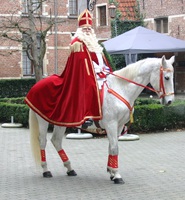 Santa is known for his reindeer and sleigh but Sinterklaas has a lipizzaner horse which is mostly white with tiny grey markings, resembling a "salt & pepper" shade. This shade is called "Schimmel" in Dutch which refers to the moldy shaded appearance.

The horse is known as Amerigo to the Dutch people but to the Belgians he is known as "Slecht weer vandaag" (bad weather today), also making reference to the shades of white and grey of his coat.

Amerigo is Sinterklaas his means of transport after disembarking his steamship and carries him from rooftop to, rooftop to deliver gifts. Yes, the horse can walk on rooftops, just like a reindeer can fly in December ;)

Sinterklass wears a Bishops hat which is known as a Mijter. It is usually a red hat, adorned with a golden cross on the front and golden trimmings.

Sinterklaas only removes the hat when he has to pass through a doorway, or enter a room, where the hat may collide with the door frame or ceiling. Since Dutch men are among the taller ones in the world, this tends to happen more often than you might think ;) 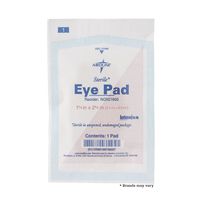 One of Sinterklaas many helpers, all named Piet, is known as "laughing" Piet and likes to pull pranks on unsuspecting recipients. He will occasionally wrap an empty gift or wrap a funny note and leave it for children to find. I suspect Santa Claus may have taken some advice from him when he decides to gift kids with socks, sweaters or underwear.

A public service that Sinterklaas offers, is to collect "dummies" (pacifiers) once small children have moved on from using them. They can leave the pacifier in the shoe for Sinterklaas to exchange for a present. Many Dutch parents make use of this service.

Would you like to learn more about the Dutch or Belgian traditions and learn Dutch at the same time. Subscribe to our Beginners course now! After a free introduction session you will learn in a fun and affordable way with your personal trainer.