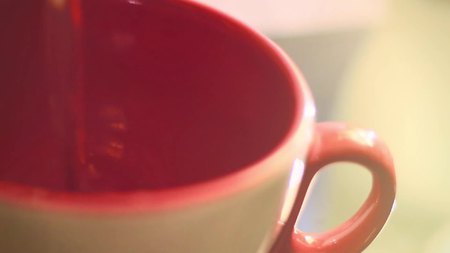 Hints and tips for learning Dutch and Flemish

All you need to know about AKV test part C : English reading skills

As discussed in our previous blogs, the AKV test consists of 5 separate exam parts.

All you need to know about the AKV –Test part D: Knowledge of the Dutch healthcare

The AKV test consists of 5 separate exam parts. In our previous blogs we discussed the first 3 pats of the test namely part A, part B & part C.

All you need to know about AKV test part B: consultation and report

So far we have discussed the first two aspects of the AKV process. First was the registration process and second was the first part of the actual evaluation.
Now we are going to cover the second part of five, the doctor-patient conversation.

All you need to know about AKV test part A: summary and presentation

As mentioned in our previous blog, the following professions when coming from outside the EU, need to register with BIG in order to practice in The Netherlands:
Pharmacist
Doctor
Physiotherapist
Mental health psychologist
Psychotherapist
Physician assistant
Dentist
Obstetrician
Nurse
In order to get that registration you will have...

Information for doctors, pharmacists, dentists and psychologists from outside the EEA that want to work in the Netherlands.

For many professionals relocating to Europe the maze of procedures and "how-to's" prove to be quite a headache. We have been asked many questions about this by our students and as a result, we decided to compile this article to help out.
If you are a Doctor, Dentist, Pharmacist, Psycologist (doctor in psychology) from outside the EEA (European...

5 reasons why you need to visit Scheveningen on New Years Eve.

Although The Netherlands is a small country it has an impressively long coastline, for its size, extending for more than 500 km along the Northern and Western borders. Along this coastline are many attractions for all tastes, but one of the most popular swimming and sunbathing destinations is Scheveningen. Easily accessible by public transport from...

So we know that Sinterklaas is a celebration mainly for the children and from 3 weeks prior all the kids can put out their shoes, visit the Sint at the town square and sing a lot of songs related to this celebration, locally referred to as Sinterklaas liedjes.
The challenge for all parents begins with the loose ends in...

All you need to know about the Dutch 'surprise'.

As always, during the first days of December, everyone in The Netherlands celebrates the Saint Nicolas or Sinterklaas festival.
Inevitably all kids grow up but still want to join in the festivities. Adults and teenagers who do not believe in Sinterklaas anymore, still participate in the Sinterklaas festivities. They do it with a more appropriate...

How to remember the Dutch irregular verbs in the past tense

Just like in many languages there are irregular and defective verbs in Dutch. Although there are only six completely irregular verbs in the present tense, in the past tense there are hundreds.*

The Sinterklaas festival is celebrated in Belgium and The Netherlands on the 5th and 6th of December every year. During this period, children put out their shoes, fill the shoe with a carrot and a drawing, and hope to be rewarded for their good deeds of the past year by receiving the best gifts in the world.